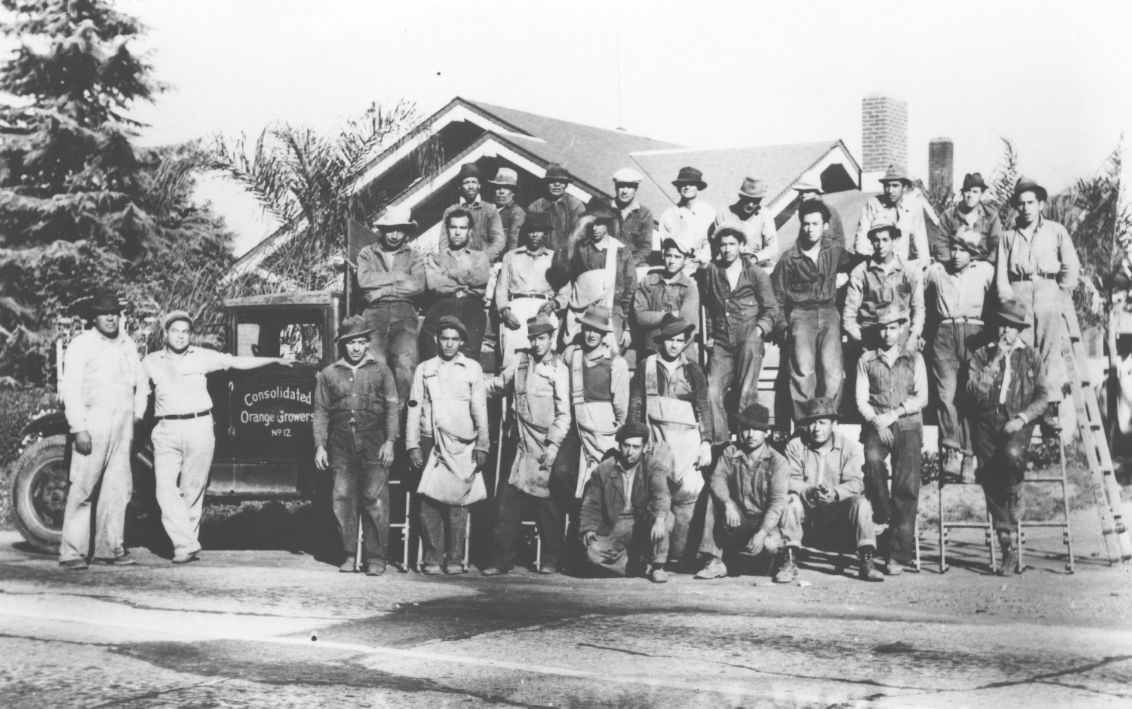 In the early 20th century, Orange County sat in the heart of what was known as the citrus belt. As the decades passed, cement and high-rise buildings replaced the once abundant orchards. Still, the names of the cities, streets and even the county name itself act as constant reminders that this was once citrus country.

However, few are aware that in 1936 a bitter labor strike, known as the “Citrus Riots,” defined the region. Orange harvesters, labor organizers, growers and police clashed repeatedly during this countywide civil war. It remains one of the least known battles in labor history.

During the 1930s, bitter feuds emerged throughout the fields of California, with over 125 strikes affecting more than 178,000 workers. In the spring of 1936, rumors began to circulate that a strike of celery harvesters in Dominguez Hills was moving south to the Valencia orange fields in Anaheim. The celery strike had escalated to the point that striking workers were flying planes over the fields dropping loads of rocks on scabs.

Growers viewed the possible dissatisfaction of the citrus workers as a threat to their way of life. With the orange harvesters consisting mostly of Mexican nationals, the growers decried the potential strike as a “little Mexican Revolution” instigated mainly by the International Labor Defense organization.

The orange harvesters were unsatisfied with the pay rate of 5 1/2 cents a box (about 50 pounds of oranges). Growers instituted a “bonus system” where workers who stayed until the end of the season were paid an additional 1/2-cent per box. The foremen, however, would fire workers days before the end of the season and pocket their bonus.

On June 10th, the Federation of Agricultural Workers’ Union of America, which represented the orange harvesters, called for a strike causing 3,000 workers in Orange County to walk off their jobs. A few weeks later, harvesters from the Whittier area joined their ranks.

The sheriff responded by bringing in CHP officers, described as “veterans of the Imperial Valley farm strike” and deputized members of the American Legion. These deputies, armed with axe handles and shotguns, were ordered to shoot to kill striking workers who trespassed onto the groves.

The growers group, Associated Farmers, organized bands of vigilantes to target strikers and their supporters, attacking picket lines and numerous strikers’ meeting with axe handles and tear gas as the police simply observed. Strikers responded by torching vehicles used to transport scabs and made anonymous dynamite threats to city and business leaders. Scuffles throughout the orange groves resulted in minor to severe injuries on both sides yet only striking workers were ever arrested.

Support for the striking workers came mainly from the region’s Latino communities who sent supplies to the strikers’ families. Despite the risk of raids by vigilante groups, owners of local pool halls and stores allowed their locations to be used as strike headquarters. The women in the community organized the Cuerpo Auxiliar de Mujeres (the Union Women’s Auxiliary), which blocked entrances to communities in order to keep growers’ agents from hiring scabs. They also patrolled the groves where they picketed and exhorted existing scabs to leave.

By July 6, the strike escalated to a riot with pitched battles throughout the orchards. At least one deputy was seriously injured in Fullerton after being beaten over the head with his own rifle. Nearly 200 strikers were arrested, over-crowding the county jail. Some were given the choice of a year in jail or deportation.

Sporadic clashes ensued until an agreement was signed on July 25. The proposed agreement called for a 20-cent-an-hour wage for a nine-hour day, plus an additional three cents for each box in excess of 30, abolition of the bonus system, free equipment and transportation for workers. However, the settlement denied the unions recognition of the right to collective bargaining. Despite this condition, workers agreed to the terms, ending the strike.

While some agricultural workers through the United Farm Workers, were successful in getting union recognition by the 1960s, citrus harvesters in Orange County never achieved that goal. As the groves disappeared so too did memories of the orchard riots and vigilante violence. Only a few trees remain today, reminding residents of a time when the trees in this county not only bore fruit but also a movement for the dignity and respect for agricultural workers.