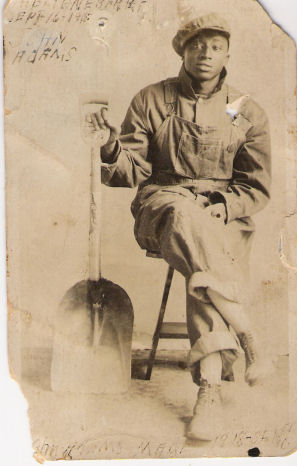 History books tell the tale of America, from the beginning of the country’s origins to our greatest accomplishments. In rare moments, one may even find a nod to the accomplishments of labor. However the true story of the American worker can only be found among campfire stories and folk songs. It is among the narrative of the American working class, where you will find the spirit and essence that is America.

Among those narrations exists the “Ballad of John Henry,” a song about a railroad worker who battled the machines of the industrial age with the muscle and determination of the American workforce. John Henry, born a slave before working on the rails, would serve as both an example of the plight of Black Americans after slavery, as well as a mythical hero for the working class. He has been the subject in numerous songs, stories, plays and novels. He has epitomized the term, “American folk hero.”

Artistic expression has formed various interpretations of the story of John Henry, but most begin with a child born destined to be “a steel-driving man.” The child would grow to have Samsonian strength, working his days on the railroads during the Southern Reconstruction period.

During this era, state-funded rail systems were privatized, enriching Northern elites at the expense of Southern states. Powerful railroad companies began to expand the rails in what critiques called “the octopus” because of the manner in which the railroads spread throughout the region. In order to construct the railroads, companies hired thousands of men to smooth the terrain and cut through obstacles that stood in the way of the proposed tracks. Most of the workers consisted of convicts and former slaves, used as sources of cheap labor.

The work on the railroads was extremely dangerous. Workers used large hammers and stakes to pound holes into the rock, which were then filled with explosives that blast a cavity deeper into the mountain. So many perished while building the rails that mass graves were dug for the bodies of the workers.  But as the owners began to replace workers with steam-powered hammers, the workers began to resent the laborsaving machinery.

According to legend, in an attempt to illustrate the superiority of human strength over machinery, Henry challenged the inventor of the steam-powered contraption in a race to finish a railroad tunnel. Armed with his 10-pound hammer Henry worked side-by-side the machine until he finally beat the steam-powered hammer. But as an ultimate tragedy, Henry worked himself to complete exhaustion and died shortly after beating the machine.

By the 1870s, the Ballad of John Henry surfaced in the south. For 35 years, the work song would be heard by convicts on chain gangs, miners and railroad workers before it was ever written down on paper. It was sung as a reminder of the dangers of working too fast as well as the threat that laborsaving tools posed to their jobs.

During the Great Migration, between 1915 and 1918, a half-million black workers moved north to meet increasing demands for factory labor in the industrial cities. These workers brought their music, spreading the tale of John Henry. The 1920s brought the first copyrighted version and recording of the Ballad of John Henry.

Throughout the 20th century, John Henry became a pop culture figure with nearly 200 recorded versions of the ballad, various movies, plays and novels. In 1993, DC Comics even made a comic book hero, John Henry Irons, who picked up a sledgehammer to assist Superman in his attempt to battle evil. During the ‘20s to ‘40s, militant labor agitators used the image of John Henry to personify the American working class.

For over a century John Henry has resonated among the marginalized during eras of uncertainty for workers. The story illustrates the resentment and fear felt by many Americans when it saw that companies were more concerned with streamlining production and wealth than with the health and safety of their employees. But the story also touches on American workers’ determination to prove their ability against insurmountable obstacles with every last breath.