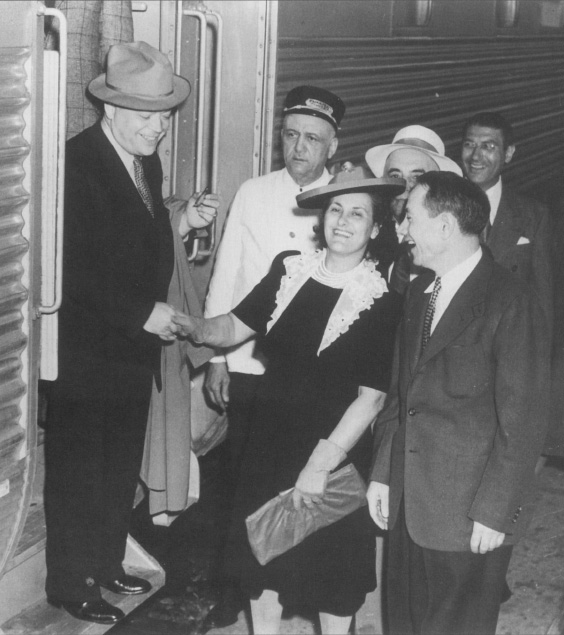 On September 15, 1933, a young, New York labor organizer by the name of Rose Pesotta landed in Los Angeles. Pesotta once worked in Southern California where she had been discharged from a garment factory and blacklisted for union activity. Now Pesotta was returning at the request of garment workers to organize their industry. Within one month a new International Ladies Garment Workers Union (ILGWU) local was formed and the garment industry found itself in the middle of a bitter strike with Rose Pesotta leading the charge.

In 1933, the Los Angeles garment industry employed nearly 7,500 workers, half of which were scattered in an estimated 200 small sweatshops in the downtown garment district. Latinas comprised nearly 75 percent of those workers, with the rest consisting of Italians, Russians and Americans. Nearly half of the female dressmakers made less than $5 a week, which stood as a clear violation of the $16 a week California minimum wage for female workers and National Industrial Recovery Act’s (NRA) Dress Code, which set standards in the industry. Workers who attempted to organize were routinely fired and blacklisted by the employers. The local leadership of the ILGWU, consisting of mostly white men, had no interest in organizing female dressmakers, feeling that most either leave the industry to raise their families or shouldn’t be working in the first place.

But Rose Pesotta refused to buy into that dismissive attitude. With the ILGWU International’s approval, she began laying the foundation for a new local (Local 96). She reached out to the Latina community through a bilingual radio program and a weekly paper called, The Organizer. By September 28, Pesotta felt that she had built up the morale of the Los Angeles dressmakers to a point where they were ready to strike for union recognition and for improved conditions.

The dressmakers held a meeting to set their demands, which included union recognition, 35-hour weeks, minimum wages in accordance with the NRA Dress Codes, no home work, and time card regulation. Workers also asked for future disputes to be handled through arbitration.

The employers responded by refusing to recognize the union, stating that workers have a collective bargaining agreement and representation through a company union. In response to the employer’s resistance, the workers went on strike on October 12, 1933. By the end of the first day over 4,000 workers walked off their jobs.

The Merchant and Manufacturers Association reacted to the strike by requesting the support of the Los Angeles Police Department (LAPD). Police began transporting scabs and arresting strikers for many mundane reasons. The courts ordered an injunction against the union ignoring the reality that most brutality was at the hands of company goons. During the strike, approximately 50 female picketers were arrested with charges ranging from disturbing the peace and using profanities, to assault and battery. Police even tried to prevent strikers from using the word “scabs.” However, despite the bogus charges in most cases, there were some accounts where striking women reportedly threw salt and tacks into the eyes of scabs.

Ironically, the employers did not believe the LAPD was going far enough. During the strike, it was discovered that an agent for one of the manufacturers was attempting to bribe a police officer, offering $800 if he would lock up all the picketers in front of the plants. It was also suggested that police engage in a campaign of terror to force the striking dressmakers back to work. The agent and his employer were arrested and charged with bribery.

On November 6th, the strike ended with an arbitrated settlement. The outcome came with mixed results. The dressmakers received a thirty-five hour week and weekly wages would conform to the NRA Dress Codes. However, the union was only able to assist workers with grievances through appointed arbitrators but did not have contracts with the employers. Reluctantly, the union agreed to the terms, but was determined to continue the fight.

While the end seemed less than eventful, the message sent was far more powerful than the end result. What Rose Pesotta knew all along was now clear to the garment bosses and her male union counterparts; women, specifically women of color, should not be discounted. When it comes to the demands of dignity and respect, these workers would not be ignored.