Flogging Molly – A Brief History of the Molly Maguires

Home / Flogging Molly – A Brief History of the Molly Maguires 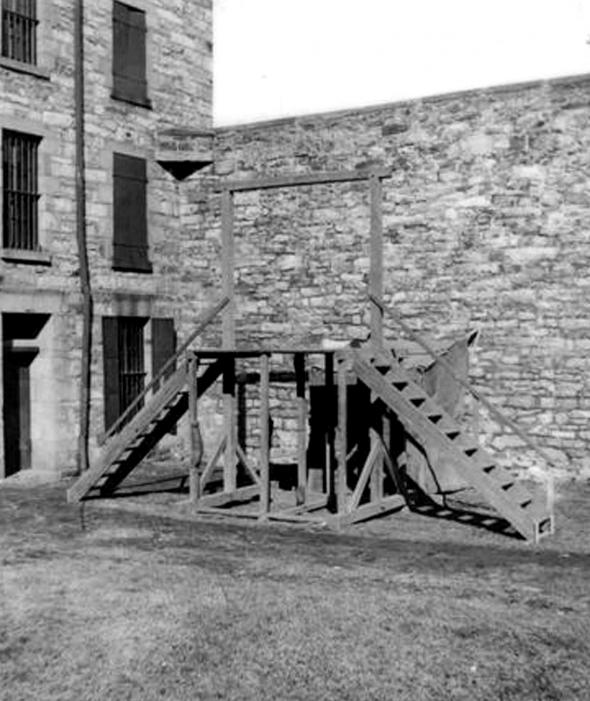 On June 21, 1877, four Irish-born miners sat in a Pennsylvania cell waiting for their death sentence to be answered by a hangman’s noose. The four men were accused of murder and of having been members of the notorious Molly Maguires.

Their conviction and execution rested on the testimony of a single Pinkerton detective. This man would later be discredited as a charlatan decades later. But as the legend goes, when the guards entered the cell of one of the convicted men, Alexander Campbell, he bent over and dabbed the palm of his hand with a substance from the floor.

Turning to the guards, it is said that he stated, “I am innocent, and let this be my testimony.” With that, Campbell slammed his open palm against the wall of his cell, leaving behind a mark that remains there to this day, despite every effort to scrub it away.

The story of the Molly Maguires began among the anthracite coalfields in Pennsylvania. These fields produced the lifeblood of the American industrial age, and also gave birth to the robber barons of the era. On the opposite end of the spectrum, the fields created an exploited class of workers. These workers consisted of an immigrant labor force, recently arrived from Wales, Germany, the Netherlands, but mostly from Ireland. These workers earned less than $12 a week and were often paid in scrip: company-issued paper money, worthless outside the coalfields.

Frank Gowen, mine owner and president of the Philadelphia & Reading Railroad, was not pleased with the growing power of the miner’s union, the Workingmen’s Benevolent Association (WBA), and called upon the Pinkerton Detective Agency to find a way to break the union. The Pinkertons had built a reputation of destroying labor unions through violence and thuggary, not limiting themselves to the laws of the land.

The Pinkertons sent in agent James McParland under the alias of James McKenna, who for two years lived among the Irish miners building a case against the union activists. McParland claimed that a secret organization, known as the Molly Maguires, engaged in criminal activities throughout the minefield. He accused the Molly Maguires of having participated in nearly fifty murders. The accused, consisting mainly of Irish labor leaders and activists, were quickly arrested and tried for the crimes.

During the Molly trials, the accused had the deck stacked against them. The prosecutor was none other than Frank Gowan, the man who had hired the Pinkertons. The judge was an old friend of Gowan’s, and was brought in by the railroad company to rule over the trials. Between 1877 and 1879, nineteen miners were sent to their deaths as a result of Molly Maguire trials. All of them died proclaiming their innocence.

Alexander Campbell was one of four men accused of the murder of mining company executives John P. Jones and Morgan Powell. The jury included non-English speaking German immigrants and Welsh immigrants, known for not getting along with their Irish neighbors. After their conviction, for days the men listened to the noise made by gallows being built outside of their prison cells. On the day of the execution, the cursed men kept their dignity with Campbell making his last great stand.

In 1906, still acting as a Pinkerton agent, James McParland resurfaced during a murder trial against ‘Big Bill’ Haywood from the Western Federation of Miners. During the trial, the famous Charles Darrow, defending Haywood, was able to prove that McParland had helped to fabricate the only evidence against the labor leader. Haywood was released after the case fell apart and McParland’s reputation was discredited.

Still to this day, the handprint of Alexander Campbell remains, acting as a blemish on the face of American history and a reminder of the injustice that took place in the Pennsylvania minefields over 130 years ago. In 2006, both branches of the Pennsylvania legislature passed resolutions recognizing the trials of Alexander Campbell and the other accused Molly Maguires as being inherently unconstitutional, and called on Governor Ed Rendell (D) to do the same, but he  did not.