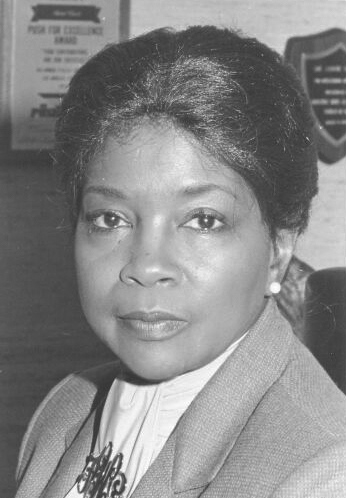 For every labor union that exists, there is an individual who symbolizes the essence of the organization and the Labor Movement. These individuals, through their actions or personalities, have acted as lighthouses, giving members direction while illuminating the great cause of Labor. The Teamsters have Jimmy Hoffa, the Longshoremen Harry Bridges, and the UFCW Addie Wyatt, who dedicated her entire life not only to the cause of labor, but also to racial and gender equality.

Having moved to Chicago from Mississippi at age 17, Wyatt began working at Armour & Co, a slaughterhouse and meatpacking plant. While she was originally hired over the phone as a typist, when she arrived, she was sent to the meatpacking plant because the company did not employ black typists. This blatant act of racism had a beneficial consequence for Wyatt. She soon found herself working on the production line packing stew, a union position that paid $24.80 per week, a higher rate than typists were paid.
Like many African-American women of this period, Wyatt’s first encounter with trade unionism came during World War II. In 1952, she joined the United Packinghouse Workers of America (UPWA). Formerly known as the Packinghouse Workers Organizing Committee, this union formed in 1943 as part of the Congress of Industrial Organizations and had built a reputation for militancy and advocacy of racial and gender equality.
After being asked to be a local delegate at an anti-discrimination conference, she became an activist dedicated to bringing women and people of color to the forefront of union leadership. By 1953, she was elected vice president of UPWA Local 56, and the following year, she took over the Local after the president resigned, becoming the first black woman to hold senior office in an American labor union.
She then ran for the Executive Board of the UPWA on a platform emphasizing women’s right and the advancement of racial minorities. Soon after, Wyatt was appointed to the international staff of the UPWA as Secretary of the Civil Rights Committee.
Wyatt’s activism was not confined to the labor movement. She had met the Reverend Martin Luther King, Jr. a few months prior to the start of the Montgomery bus boycott and then dedicated herself to the larger civil rights movement. Soon, she began working as labor liaison to King’s Southern Christian Leadership Conference (SCLC), joining him on many important civil rights marches.
She also traveled the country petitioning packinghouse workers in support of King’s campaign to end racial segregation. In 1962, Wyatt and her husband worked with Rev. Jesse Jackson to found Operation Breadbasket, which distributed food to underprivileged people in 12 American cities, and later she became involved in its successor, P.U.S.H. (People United to Serve Humanity). In 1975, Time magazine named her Person of the Year, the first African-American woman to be so honored.
Wyatt was also a vocal and active supporter for women’s rights. In 1961, she was appointed by Eleanor Roosevelt to serve on President Kennedy’s Commission on the Status of Women. She campaigned tirelessly for the passing of the Equal Rights Amendment and was the founding member of the National Organization of Women. Later, Wyatt helped to form the Coalition of Labor Union Women.
In 1974, after the UPWA merged with the Amalgamated Meat Cutters and Butcher Workmen of North America (AMCBW), she became the director of the Women’s Affairs Department.
Two years later, she became the first female international vice president in the history of the AMCBW. After the Amalgamated Meat Cutters union merged with the Retail Clerks union in 1979, forming the United Food and Commercial Workers (UFCW), she served as the Director of Civil Rights and Women’s Affairs until she retired in 1984. 21 years later, at the age of 81, she was inducted into the Civil Rights Walk of Fame.
While there are many labor leaders who have helped pave the way for the labor movement, there are few who have ensured, as much as Addie Wyatt, that the path is broad enough to include everyone, regardless of race or gender. And though her name might not be as recognizable as others, it is only because she chose to act as a lighthouse rather than basking in the spotlight.