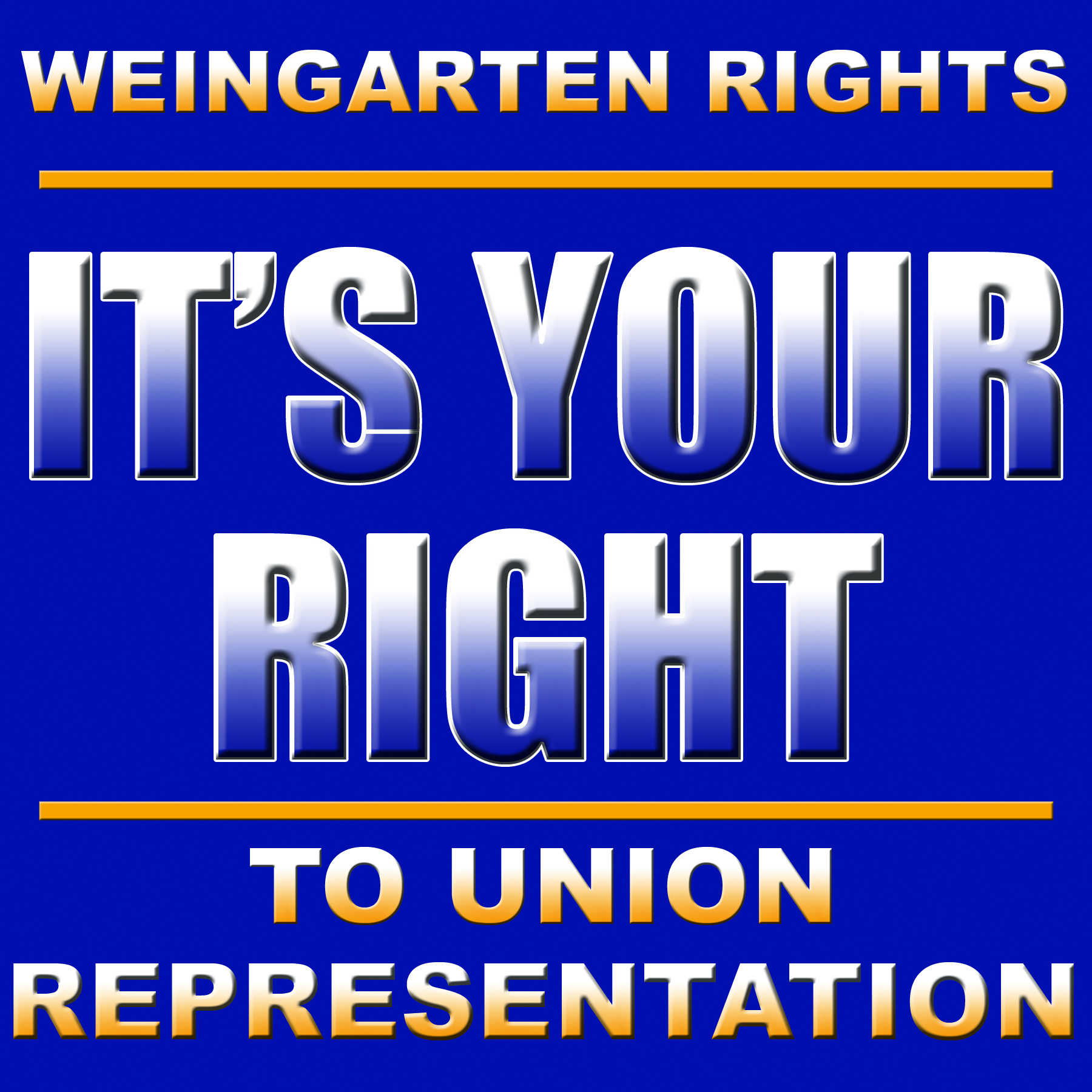 Short of the right to organize and join a union, there are few rights more sacred to the labor movement then the right to have union representation during an interrogation. Known as Weingarten Rights, these rights have protected millions of workers in the U.S. from harsh interrogations, coerced confessions or written statements and even legally binding promissory notes. For every right won, there is a story of a person who took a stand against injustice. Weingarten is no different. But what makes this story so unique is that it involves one of our own, a retail clerk named Leura Collins.

Leura Collins was a sales clerk at Weingarten Supermarket. Originally founded in 1948, Weingarten expanded its operations to 100 stores by 1972, some of which included “lunch counters,”others included “lobby food operations.” These counters/lobbies provided eat-in or carry-out dining options for customers. Between 1961-1970, Collins was employed at the lunch counter at store no. 2. As per the contract, she had often taken advantage of a free daily meal offered to all employees who worked the lunch counter.
In 1970, Collins was transferred to store no. 98 in Houston, where she worked in lobby food operations. She worked at the new store for two years, when, in June 1972, she fell under suspicion of taking money from the cash register. Weingarten sent in a loss prevention specialist (LPS) by the name of “Hardy” to investigate the claims. He observed Collins for two days and determined that she was not taking money. Hardy identified himself to the store manager and reported his findings.
During the conversation, the store manager informed the LPS that another allegation was made against Collins, alleging that she purchased chicken in a box that was marked at $2.98 but had paid only $1. Collins was questioned by the LPS and store manager regarding this new charge.
Leura Collins repeatedly asked throughout the interrogation for her union representative or shop steward; each time the request was denied. She explained to the LPS and store manager that she purchased four pieces of chicken for which the price was $1, but that because the lobby department was out of the small-size boxes she put the chicken into the larger box normally used for packaging larger quantities. The LPS verified her statement with other employees working in the area and apologized to Collins for the inconvenience. Humiliated and angry, Collins began crying. She then proclaimed that the only thing she had ever taken from the store without paying for was the free lunch provided to employees.
After hearing this, the interrogation continued. The LPS’s interpretation of the free lunch policy was that it was available to those employees working at the lunch counter but did not extend to those stores with lobby food operations. Collins again requested that her union representative or shop steward be present and her request was again denied.
During the investigation it became clear that the manager and other employees in the department routinely took lunch without paying. Despite this information the LPS, Hardy, prepared a statement for Collins to sign, including acknowledgement that she owed the store approximately $160 for the lunches she had taken. Collins refused to sign the statement.
The LPS contacted the corporate office regarding the interrogation, but he soon discovered that the employees at the store might not have been informed that lunch was not provided as part of their benefits. The LPS apologized to Collins and told her she was free to go.
Despite orders by management not to discuss the matter with anyone, Collins immediately contacted her Union Representative, who then filed an unfair labor practice with the National Labor Relations Board. The case eventually found its way to the Supreme Court, which issued a decision giving union employees the right to have a union representative present during any investigative interview if the employee believes that some kind of disciplinary action will occur as a result.
In June of 1972, Leura Collins decided to buy some chicken. Chicken that she planned to donate, along with a cake, to a church dinner. She had no idea that this decision and the demands for union representation would take her name all the way to the Supreme Court. Her courage and determination won such important rights for workers that her name should be engraved as one of the most important figures in labor. The cost of the chicken may have only been one dollar but the rewards have made us all the richer.