The Rich History of the Po-Boy

Home / The Rich History of the Po-Boy 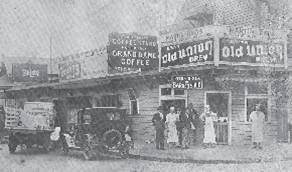 Submarine sandwiches have become a staple of American lunches. Depending on the region, these sandwiches may be called by various names: Grinder, Hero, Hoagie, Torpedo or simply Sub. All have their own subtle qualities and history, but one variation of the Sub should spark an interest to every friend of labor – the Po-boy. Born in New Orleans, this sandwich was developed by Bennie and Clovis Martin during a bitter streetcar strike to feed striking workers. For four months, thousands of Po-boys were made free of charge to any striking worker looking for a square meal.

Late in the evening on July 1, 1929, leaders of the Carmen’s Union, Division 194, called on all streetcar conductors and motormen in the city of New Orleans to cease working.
By 5:20 am, as the last streetcar pulled into the barn, the strike order was in full effect, impacting 1800 employees. For several months, the union and the New Orleans Public Service Inc. attempted to resolve their differences with little success. The union wanted higher wages and shorter hours, and the company refused to even recognize the union.
On a national level, 1929 ranked as one of the most violent years of labor strife in history, and transportation strikes across the nation provoked emotional displays of public support.
This strike was no different. Within the first week, on July 5th, union men on strike and their sympathizers clashed with police as the company brought in scabs from New York to run the cars. Several streetcars and their storage barns were set on fire, rails were blocked with timber and blocks of concrete, and scab drivers were attacked with paving stones and bricks. Police retaliated by firing into the crowd, killing two union men. Tactics would escalate as the strike continued, with the company using court injunctions and police violence. Union sympathizers resorted to the use of dynamite to destroy streetcars.
Streetcars that were not destroyed still found it difficult to find passengers willing to ride with scab drivers. It was common to see the streetcars driving around empty with the exception of the scab driver and the police protecting them. Support letters flooded the local, including one in particular from Bennie and Clovis Martin promising, “Our meal is free to any members of Division 194.” Their letter concluded: “We are with you till h–l freezes, and when it does, we will furnish blankets to keep you warm.”
Bennie and Clovis Martin were former streetcar operators and members of the street railway employees’ union who had opened the Martin Brothers’ Coffee Stand and Restaurant in the French Market in 1922.
In order to hold true to their promise, the brothers met with John Gendusa, a local baker, to develop a 40-inch loaf of bread. The loaf was cut in half or smaller and filled with roast beef, slathered with mayonnaise, and dripping with gravy.
“Whenever we saw one of the striking men coming,” Bennie Martin later recalled, “one of us would say, ‘Here comes another poor boy.'” The sandwiches took on the name of “Poor boys” which overtime, due to dialect, became “Po-boy.”
On October 29th, the stock market crashed leading the world into a decade-long depression. Shortly after this event, the New Orleans Public Service Inc. refused to even bargain with the union, despite the union having accepted their last offer.
Ultimately, the Depression benefited the employers, and the Carmen’s union lost their battle. Most of the striking men found themselves unemployed, their jobs permanently taken by scab drivers. The sabotage of streetcars driven by scabs continued until April of 1930.
However, the continued generosity of the Martins as well as the size of their sandwiches proved to be a wise business decision that earned for them a good standing with the public and hundreds of new customers. As the Depression worsened, many New Orleanians took advantage of the oversized Po-boys to feed themselves and their families. Over time, the nation recovered and began to prosper, yet the Po-boy remains a staple of blue collar America.
There are few foods that bare the distinction of being the dish of the downtrodden or the meal of the meager. Certainly, no other variation of the Submarine sandwich has the luxury of being born from a labor battle. Only the Po-boy holds this great honor. So, while some call this type of sandwich a Hoagie or Torpedo, perhaps unionists should only refer to it as a Po-boy.