Joe Hill: A Man That Did Not Die

Home / Joe Hill: A Man That Did Not Die 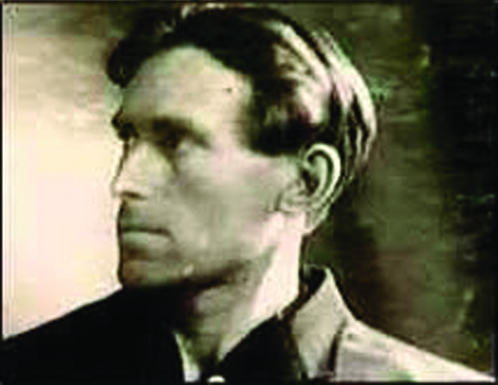 On Nov. 19, 1915, Joe Hill sat facing a five-man firing squad on the grounds inside Utah State Prison. He seemed to be enjoying the last few minutes of his life despite being strapped to a chair, blind-folded with a paper target covering his heart. As the squad prepared to pull their triggers, Hill was reported to yell his final words, “Fire! Go on and fire!” A smile appeared on his face just before three bullets struck his heart, killing him. At this moment, Joe Hill had transcended from a labor organizer into a labor legend.

Joe Hill, also known as Joe Hillstrom, was born Joel Emmanuel Hägglund in Gävle, Sweden. He immigrated to the United States in 1902, where he then traveled the country working as a migrant laborer. In 1910, while working on the docks in San Pedro, California, Hill joined the Industrial Workers of the World or the Wobblies. He quickly gained popularity within the organization due to his talents for writing political songs and satirical poems. The songs usually took on melodies of commonly known religious hymns, but with the lyrics rewritten to address the experiences of mistreated workers. The Wobbly bard meandered across the country, playing piano, banjo, guitar, and violin in hobo jungles, migrant workers’ camps, and city slums. Hill developed a reputation for being at every Wobbly fight. And, even if he was not actually there, his songs certainly were.
But in January 1914, while working in Salt Lake City, Utah, Hill was arrested and accused of the murder of a shopkeeper and his son. He maintained his innocence throughout the trial, and his supporters were adamant he was being used as a scapegoat because of his involvement in the IWW. During this period, the IWW was trying to organize the mines around the Salt Lake City area. Violent clashes between company security guards and IWW members led to several people being injured. Many union members found themselves facing trumped up charges. Despite maintaining his innocence, Hill was found guilty and was given the choice between being hanged or shot.
An international campaign for clemency attracted many supporters, including Woodrow Wilson and Helen Keller. Critics charged that the trial and conviction were unfair. Joe Hill, however, saw that his fate had been sealed. His response was simple. In a letter to the General Secretary-Treasurer of the IWW, Hill made two requests: “Don’t waste any time morning, organize!” and “Could you arrange to have my body hauled to the state line to be buried? I don’t want to be found dead in Utah.”
His body was sent to Chicago where it was met by 30,000 mourners. His remains were cremated, and his ashes mailed to every IWW chapter. However, the United States Postal Service seized some of the packages because of their “subversive potential.”
In 1988, after rediscovering the ashes in a storage unit, the United States government handed them over to the IWW, leading to a discussion about what to do with the remains. One suggestion was that the ashes be eaten by today’s “Joe Hills,” like Billy Bragg and Michelle Shocked. Bragg, an English labor folk singer, took on the dare and with a swig of beer and a pinch of Joe Hill, added an odd footnote to the troubadour of discontent’s legend. The rest of Hill’s ashes were spread throughout the US, Canada, Australia, and Nicaragua.
Since his death, dozens of songs have been written about or make reference to Joe Hill. His songs have been sung by numerous singers, including Paul Robeson and Pete Seeger. Many authors have been inspired to write about or create characters loosely based on him. Authors Stephen and Tabatha King even named their son Joseph Hillstrom King, after the labor martyr. The younger King has become an author in his own right, using the pen name Joe Hill.
Nearly a century after Joe Hill’s death, his memory still resurfaces like a ghost from the past. Perhaps the smile, seconds before his death, was his recognition that while the State of Utah might end his life as a Wobbly agitator, they could not kill Joe Hill the legend.