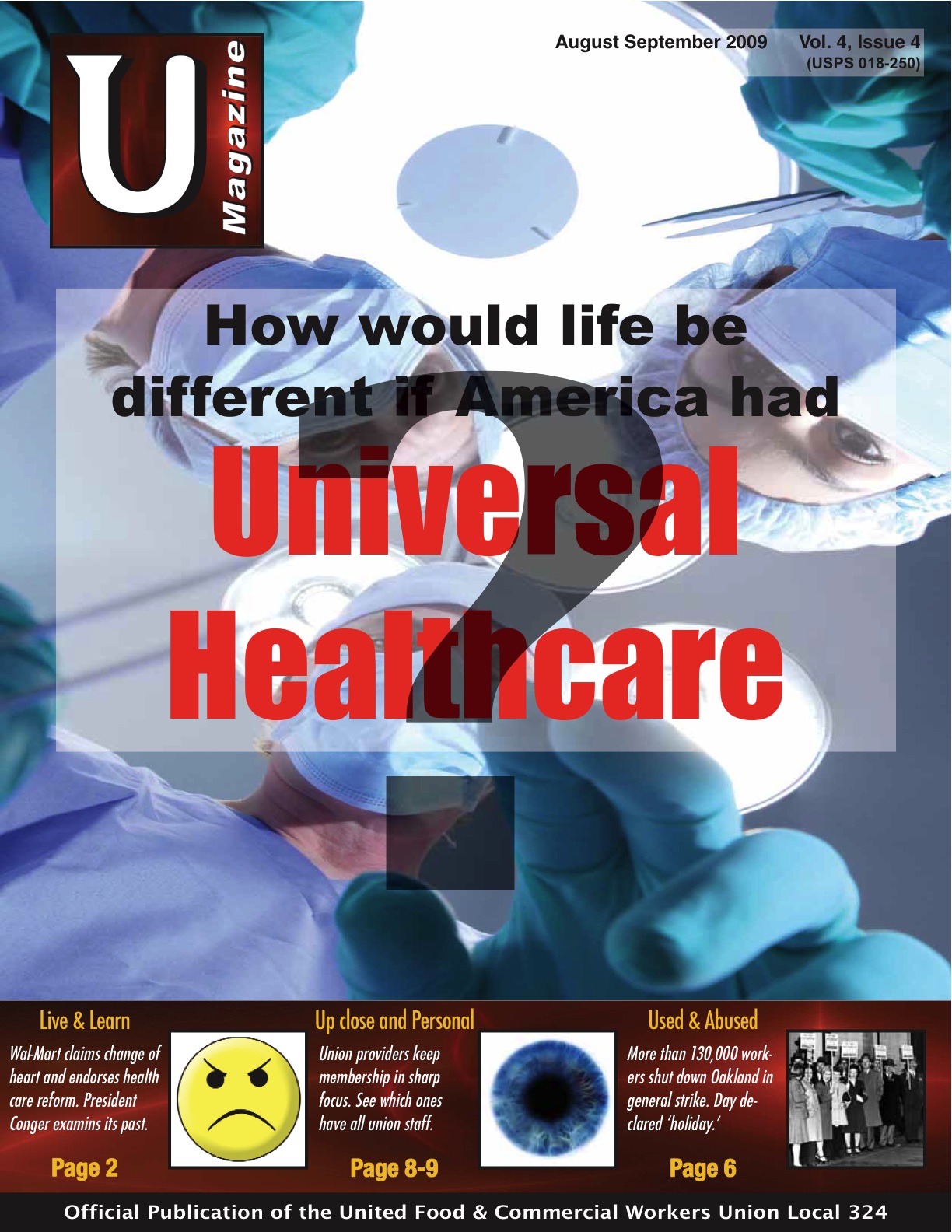 President’s Report: Wal-Mart wants health care for all – and I’ve got some swampland in Florida I’d like you to see

Secretary Treasurer’s Report: Health Insurance should not be seen as a luxury for the privileged few, but the basic right of all citizens

Feature: Union as far as the eyes can see: Union Optometry Offices

Feature: Health care reform and the benefit of a union